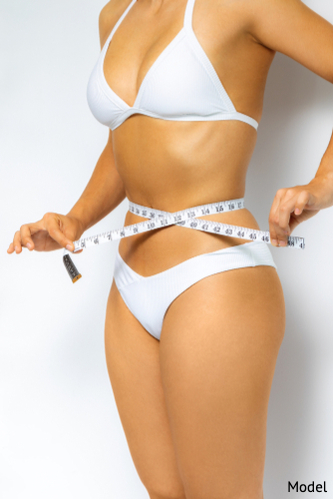 With the new year underway, many women and men have set their sites on toning their bodies.

Having excess pockets of fat across the abdomen, hips, thighs, or buttocks can be disheartening, especially when you are hoping to fit into your new bikini by summer.

What Should I Know About Cosmetic Fat Reduction?

The first thing to understand about both liposuction and CoolSculpting® is that these are body contouring procedures, not weight loss procedures.

Many individuals do not realize that there is a difference between those two things: fat removal and weight loss.

What Is the Difference Between Liposuction and CoolSculpting®?

Liposuction is a surgical procedure that suctions out unwanted fatty deposits with a vacuuming device.

While liposuction remains popular (it is the second most commonly performed cosmetic surgery), CoolSculpting® has been gaining prominence.

Since both of these procedures destroy fat cells permanently, it begs the question: are they interchangeable?

You cannot deny that when faced with a choice, most individuals would prefer a non-surgical treatment as opposed to a surgical one.

Both of these procedures reduce fat; unfortunately, they cannot remove the same amount of fat.

On average, CoolSculpting® is estimated to remove up to 25 percent of fat cells in any given area, such as the abdomen.

Liposuction can potentially remove up to five liters of fat cells—which roughly correlates to 11 pounds.

It is important to note that this is the absolute limit of what is safe to remove with liposuction at one time. Most surgeons will not attempt to remove that much for safety concerns.

What Is the Difference in Cost Between CoolSculpting® and liposuction?

According to the CoolSculpting® website, the cost of your treatment should fall somewhere between the amounts of $2,000 and $4,000, depending on the treatment areas and the number of treatments required to achieve optimal results.

According to the American Society of Plastic Surgeons (ASPS), the average cost of liposuction is $3,518; however, this amount may vary once external factors like geographical location, anesthesia fees, and facility fees are included.

All in all, the cost of these treatments may not be radically different.

Schedule a consultation with PREMIERE Center for Cosmetic Surgery for an accurate cost estimate.

Since liposuction is a surgical procedure, it will require a recovery period of at least one to two weeks with a limited activity period stretching out four to six weeks.

Most CoolSculpting® patients jump right back into their normal activities.

Is CoolSculpting® Worth My Efforts?

CoolSculpting® can tighten and highlight the definition in the abdomen; however, it cannot remove as much fat as liposuction can.

To know whether or not CoolSculpting® is for you, you need to examine the current state of your body contour and where you want that contour to go.

If you are only looking to tighten an area, CoolSculpting® may be the right path.

Can Fat Return Sooner With CoolSculpting® Than With Liposuction?

Unlike traditional weight loss, both CoolSculpting® and liposuction reduce the physical number of fat cells in the body. While this can result in long-lasting improvement, it will only last as long as you maintain a stable weight.

How Can I Learn More About Fat Reduction in Tampa, FL?

If you want to learn more about these procedures, contact PREMIERE Center for Cosmetic Surgery by calling (818) 400-1465 or by filling out our online contact form.

Check Out Our Spring Specials